All birthdays are special, but my birthday in 1959 left me with several enduring memories. The celebration at home included the usual greeting cards and gifts. To top it off, my mom honored the family custom of preparing a meal that included many of my favorites: shrimp cocktail, lobster bisque, fried shrimp, French fried potatoes and birthday cake.

In their hit recording released just one year prior, The Crests sang, “Sixteen candles make a lovely light.” Indeed, in addition to the regular festivities, this particular birthday featured two major milestones in my life.

At age 16, I qualified for a New York State Learner’s Permit. In those years, the Department of Motor Vehicles was positioned a little more conveniently for Mineola residents than today; it was located on Old Country Road, just west of County Seat Drive, near Waldner’s Office Furniture. After I produced a birth certificate, answered a ten-question written test on rules of the road, and paid a nominal fee, the DMV agent wished me a happy birthday and issued the coveted document. Thus began the adventure of my driving training at the hands of my patient parents. Just like Michael in the movie, ET, I was even permitted a solo privilege, being allowed to drive, unsupervised, from the garage to the end of the driveway, and back.

As for the second milestone, 16 was the age at which I was permitted to start smoking. All my friends and family members congratulated me upon reaching this level of grown-up life, that is, everyone except my Aunt Bertha. She declared that smoking was “a terrible, ugly, filthy, disgusting, unhealthy, dirty habit.” As you can see, Bertha was not one to hold back. By comparison, her appraisal made the yet-to-be-released Surgeon General’s warning seem almost like an endorsement.

Although I spent part of the day puffing on a few cigarettes, I had a particular fascination with the pipe. The family tradition usually called for opening of presents after dinner, but my folks presented me with a gift pipe early in the day so that I could get accustomed to it.
Margaret Breen, a girl the same age as I, lived in the house directly behind mine. Although we went to different schools and had different circles of friends, we were good pals from sandbox days all the way through high school and always exchanged birthday and Christmas presents. That year, she gave me two records which were on my list of requests: “The Way I Walk” by Jack Scott and “Forty Miles of Bad Road” by Duane Eddy. When I stopped by her house to receive and unwrap my gifts, I made sure that I brought the pipe with me. No one in Margaret’s home smoked, and her dad was quick to record this historic occasion by snapping a picture of me as I pompously polluted their environment.

My folks bought the pipe at Anne’s Card and Gift Shop at the northeast corner of Harrison Avenue and Mineola Boulevard. The sales clerk suggested that they include a particular brand of tobacco that was heavily flavored and thus “good for beginners.” The brand name suggested that the product came from a bake shop rather than a tobacco field and the well-intentioned recommendation turned out to be not a very good one. As a novice to the pipe, I was not aware of certain necessary precautions. No, I did not set fire to my shirt, but I did fall victim to another hazard. The bowl of the pipe was accumulating a mixture of a soupy by-product from the smoldering tobacco, discarded saliva and, in particular, glop from the flavoring. The trick is to keep the item tilted so that gravity keeps these materials away from the mouth. This technique is second-nature to any accomplished pipe smoker (or trombone player), but was unknown to me. During the course of the day, all these juices were gradually being ingested. At three o’clock the next morning, I woke up unexpectedly and the shrimp cocktail, lobster bisque, fried shrimp, French fried potatoes and birthday cake suddenly reversed direction. Happy Birthday, Jack. This brought a whole new meaning to the expression, “Many happy returns of the day.”

I was completely oblivious to the lessons to be learned from this calamity. The habit continued until my 31st birthday when it occurred to me that I had been smoking for exactly 15 years. Without any advance planning, I figured that perhaps Aunt Bertha had a point and it was time to stop.

Unlike the smoking, my driving experiences have been much more enjoyable. The wrinkled learner’s permit in my wallet has evolved into what used to be called a chauffeur’s license and is now designated as Class E. Over the years, I have used my driving privileges in several jobs, including a two-year stint with the Mineola Park Department. I have always delighted in my motoring, often taking, as described in the popular record by Supertramp, “the long way home.” Automotive journeys covering several states were not uncommon. As I have grown older, I have become less ambitious and the distances covered in my adventures have decreased. Perhaps I will soon reach an age when my road trips will be, once again, from the garage to the end of the driveway, and back.

In recent years, the candles on my cake do not make a lovely light, but rather, an inferno. I have celebrated many birthdays since number 16. They seem to arrive much more rapidly now but I’m not complaining – as long as they keep on arriving. 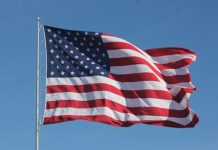