Last week, Nassau County Executive Laura Curran was joined by state Senator John Brooks, Police Commissioner Patrick Ryder and local veterans to unveil plans for a new, secure evidence storage facility that will help pave the way for the county’s first veterans housing development. The new storage facility will afford the police department greater efficiency for evidence retrieval and safeguarding, while allowing the county to move forward with plans to re-develop the old facility into the county’s first affordable apartment complex for veterans.

The site that Curran mentioned is a parking lot that is across the street from Nassau County Police Headquarters at the intersection of 14th Street and Golf Club Lane in Mineola.

“What will be built and developed at the Mitchel Field site is affordable housing for veterans,” Curran continued. “This is going to be Nassau County’s first affordable housing development for our veterans. It makes a lot of sense to have the storage facility actually close to the police department. It will be more efficient, modern and it will bring this Mitchel Field site back to its original purpose. Back in the day, it was actually an officers’ quarters. We know that there’s veterans housing around Mitchel Field already that’s been re-purposed in the not too distant past.”

Curran mentioned that the county is aware that veterans homelessness is an issue and that affordable housing for veterans is also an issue.

“This will bring us one step closer to addressing that issue and to make sure that our veterans have an affordable place to live right here in Nassau County,” Curran said. “Nassau County was where so many of our GIs decided to live after World War II. We have a very proud history of military service in Nassau County. We have more than 50,000 veterans who live here.”

Curran said that she is very proud of her team, the county’s Department of Public Works and the compliance and procurement side, which has been underway for the development, as well as the county’s police department.

“We do have on Long Island as a whole one of the largest concentration of veterans in the state,” Senator Brooks said. “Housing is an issue and this is a great opportunity for us to serve our veterans even better. I think this is an example of real smart government. We have a facility [whose] purpose is changing; we can move in, reconstruct, revitalize the building and veterans in there shortly. This is great news for everybody.”

Ryder said that on the police side of things, they have evidence in their current storage facility that goes back to 1925 from a murder scene.

“We have evidence of cases that continues to be under an appeals process that we have to protect and preserve,” Ryder explained. “This new building will not only be very secure, but it will also be climate controlled, giving us the ability to store things and organize in a way that we haven’t done in a long time. This will make us much more efficient, so I’m very thankful for the opportunity to have this new building and I thank the county executive for pushing it forward.”

The redevelopment of the building is currently out for bid and is under the real estate portfolio of Smith and Degroat, who handles a lot of the county’s historic and county parcels.

“We will be actively seeking developers who will be using state grants and vouchers to fund the redevelopment, so it should not cost the county taxpayer any money at all,” said Brian Schneider, deputy county executive for Parks and Public Works. “We’re figuring 20 to 25 apartments with some other amenities like athletic facilities and elevators to get up multiple floors. It is an ongoing process, but certainly the moving of the police evidence facility opens up that option for us.” 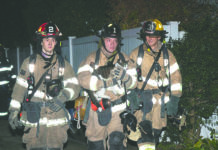 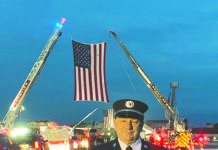