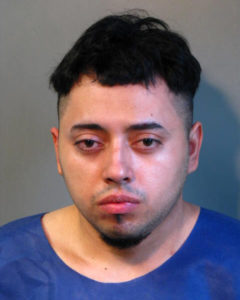 According to Nassau County Police Department’s Third Squad detectives, a Glen Cove man was arrested for an incident that occurred on Easter Sunday at 3:45 a.m. in Mineola.

According to detectives, Marcos Bonilla Galvez, 26, while at a house party at a Washington Avenue home, became involved in a verbal argument with the victim, a 23 year old male. The argument escalated, Galvez withdrew a knife and stabbed the victim in both arms. Galvez then fled the scene. 911 was contacted and the victim was transported to an area hospital for treatment.

A subsequent investigation led detectives to Galvez where he was placed under arrest at his home.

Galvez was charged with first-degree assault and was arraigned in First District Court on Monday, April 13.