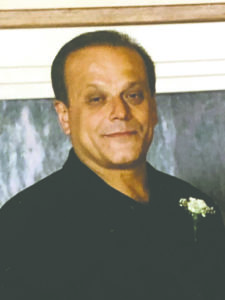 After five years of working with three separate investigators in a different continent, Mineola resident Joe Mariani has found some closure in the aftermath of his brother’s death, and he wants to take the opportunity to set the record straight.

On Sept. 25, 2015, John Mariani was fatally shot in a botched robbery while on vacation in Medellin, Colombia. In addition to the pain of losing a loved one, his family suffered the media frenzy that followed, as his brother, Joe Mariani, explains.

“It’s like somebody writing a book, but they stop in the middle of the book and that’s all there is. To me, that’s what the press did to me and my family and my brother,” Mariani said. “You get the word that something happened, and before you know it, a sling of phone calls and everyone jumping on top of you for three or four days, just wanting to get a sensationalized story. I wanted to find the ending and I wanted to get justice and I wanted to take that stigma off my brother.”

Five years after the tragedy, the two men involved in the murder have finally been convicted, prompting Mariani to speak out on his brother’s legacy and his insights from the arduous experience.

“My brother was more fun, and he helped more people in the world, than anyone can know. He built things,” Mariani said. “He was such a good-hearted guy. He was just that way.”

The help that he and his family got from others also inspired Mariani. When his brother was killed, he found out that a good Samaritan helped him to the hospital, without asking for any sort of recognition.

“There are still people in the world who care. Across the street, there was a Domino’s and this man, about 22 or 23 years old, came rushing across the street, saw my brother lying on the ground and started helping. He spoke English and the first thing he said was, ‘Listen, you’re not going to get an ambulance here right away. Let’s just stop any car.’ So that’s what they did. They stopped a car and drove him to the hospital, and the individual from Domino’s stood with him all the way to the hospital, comforting him and calming him down,” said Mariani.

Most of all, Mariani said that he appreciates the years of hard work that law enforcement put into getting justice for his brother.

“I only hope that the service people in this country—policemen, FBI, firefighters, people that protect us—that they get credit for doing their job. People may criticize it, but they do their job. Sometimes it takes a little longer, but they do their job,” Mariani said. “There are people out there protecting us. You may not know, you may have your own opinion of them, but they’re the ones out there to help you and they came through for me.”

After years of mourning and searching for the truth, Mariani expressed a sense of relief that he can keep his brother’s memory alive and share his story for positive change.

“I’m glad that I got justice for my brother because no one should have to go through what we did.”