The Village of Mineola’s village justice seat is up for grabs this year as current village justice Steven Barnwell and Nassau County Court Judge Scott Fairgrieve are in the running for the coveted position. 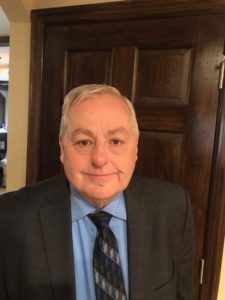 Following the passing of village justice John O’Shea, Barnwell was appointed as his replacement last month. Reflecting on the experience that got him to his position, Barnwell pointed to his time working with O’Shea over the years.

“I’m not really a politician and I never really ran for any kind of office before, but I think the most important thing about my background, first of all, is that I’ve been sitting there as a judge since 2017 and the reason that I’m there is that the previous judge selected me,” Barnwell said. “John O’Shea, who sat there for 18 years, worked with me down in traffic court in Hempstead and over the course of those years saw how I worked and asked me to step in when he had a vacancy.”

In terms of his goals as village justice, Barnwell expressed both contentment with the current direction of traffic court and a desire to continue the progress he has achieved in his past positions.

“Anything I can do to maintain Mineola as it is—that would be wonderful,” Barnwell said. “I’m looking forward to maintaining the court and going forward into the future.”

Barnwell served as associate village justice for two years before being appointed as village justice. Since beginning his career as a court officer in 1983, Barnwell has also worked as an assistant district attorney and served on the Nassau County Parking and Traffic Violations Bureau.

“I think the most important thing to know about my past experience is that I have been in a courtroom almost every day of my life since 1982,” he said.

Barnwell said his commitment to the position comes from his connection to Mineola as a resident, as well as his concurrence with the goals of his peers in local government.

“I think the mayor and the board of trustees have a vision for the town and there’s a lot of development. I think it’s headed in the right direction,” Barnwell said. “I joined that vision and my small piece of that vision is to make sure that traffic court keeps up with what happens here in the village. That’s what we intend to do.”

Barnwell explained that the key to his achievements in traffic court has been fair judgment and an understanding of the people he interacts with day-to-day.

“Sometimes the people walk into village court and they think they got a ticket unfairly or they think they got a moving violation unfairly or they didn’t understand that they have a building code violation,” Barnwell explained. “I think what’s very important for a judge—especially on this level when you’re on this personal kind of community level—you have to show a great deal of compassion. We’re not talking about hardcore criminal cases or big corporate cases; we’re talking about individuals who got a ticket and it’s not really the crime of the century. It doesn’t mean that they didn’t necessarily park illegally or deserve some kind of small fine, but we always listen to what they say and we always act compassionately. Now, that doesn’t mean that everybody goes home without paying any kind of fine, but we always weigh it fairly.”

Fairgrieve, who has been a Mineola resident for 42 years, will soon have to vacate his position as a county court judge on Dec. 31 of this year due to New York State’s Constitutional age limitations for judicial positions—something that Fairgrieve said he’s none too happy about since he still has much to offer others.

“I’m a full-time judge for 20 years and I’m an acting county court judge right now,” Fairgrieve said. “I have to retire this year because it’s in the New York State Constitution. John O’Shea unfortunately died and the Mineola justice is part-time and I decided that I want to run for it. I want to continue as a judge. I have much more to give and I want to continue serving the community of Mineola. I like the people and the community. They’re all hardworking and community-oriented.”

Fairgrieve said that he isn’t trying to double-dip with judicial positions. If elected as village justice, Fairgrieve will retire from district court before he would assume his new village role.

During his career, Fairgrieve, who is a graduate of Adelphi University and St. John’s Law School, has been found “well qualified” by the Nassau County Bar Association five times, a highest rating honor, has published more than 300 decisions and is an adjunct professor at Long Island University by teaching business law.

As a practicing attorney for 24 years, Fairgrieve said he became a judge because he likes people, academics and writing. Those three aspects allowed him to combine everything into one profession.

“I have tremendous amount of community background,” Fairgrieve said. “I’m still very active. I’m on the board of the Mineola Historical Society. I do a lot of talks about DWI at high schools at no charge. I’ve done hundreds of talks.”

Fairgrieve is often a guest speaker at Mineola, Roslyn, Wheatley, North Shore, Manhasset, Sewanhaka high schools and other community organizations where he gives talks about the dangers of DWI, the use of false identification documents, speeding and drug use.

In addition, Fairgrieve is a board member and speaker chairperson of County Seat Kiwanis, a judge for Moot Court at St. Aidan’s Grammar School, a board member for the NHP-Mineola Runners and Greater Long Island Running clubs, a member and past advocate for the Knights of Columbus-Corpus Christi Council and a past board member of the Mineola Chamber of Commerce.

From 1982-94, Fairgrieve was village trustee and at one point was also deputy mayor of Mineola.

“I was there with [mayor] Ann Galante and was the one who proposed the recreation program [and] we got trees on Jericho Turnpike,” Fairgrieve said.

So what does Fairgrieve hope to bring to the village justice seat if elected?

“I would bring my fairness, my impartiality, my extensive experience as a judge and I know how to run a courtroom,” he said. “I handle court calendars very well. In fact the administrative judge of Nassau County, Norman St. George, gave me a very high compliment about how very effective I am about handling cases. I handle 60 to 80 cases a day on average.”

Fairgrieve, who is running under the Experience and Integrity Party, will be having a fundraiser on Thursday, March 5, at Davenport Press from 5:30 to 8 p.m. If interested, residents can call 516-984-4632 for more information.

The village elections take place on Wednesday, March 18 from 6 a.m. to 9 p.m. at the Village Hall Community Center located at 155 Washington Ave. 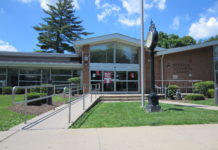 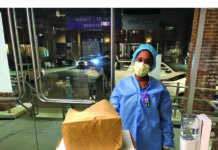