A lot was discussed at last week’s public meeting at the Village of Mineola with an agenda that involved water contamination, road repavement, the possible fate of the village’s firehouse on Jericho Turnpike, among other items.

“On July 8, Governor [Andrew] Cuomo’s office announced that the New York State Department of Health (NYS DOH) has proposed new drinking water standards with the emerging contaminants PFOA, PFOS and 1,4-Dioxane, which are polluting Long Island groundwater from industrial chemicals that were used and disposed here for decades,” said Mayor Scott Strauss. “All that time, those responsible for the contamination knew or should have known, about hazards posed by their products. They didn’t take appropriate steps to warn others of the threat or to prevent them from the contamination. That’s why we are taking them to court. They, not our customers, are responsible for contaminating our water supplies and should be held accountable for the cost of cleaning them up. Our commitment to only deliver water to our customers that meets or surpasses all local, state and federal standards are steadfast.”

“I’ve been down to the pool a couple of times and two of my children are in summer rec, which is a great program,” said Pereira. “You can’t find a better bargain anywhere for what we offer in the village for five weeks to our children from grades two to seven. The pool looks great and it’s one of the jewels of the village. So if you haven’t had the opportunity, you can still get a leisure pass for $10. It’s again a great bargain to use for a great facility.”

The impending third track project is slowly creeping into the village, which was something that trustee Dennis Walsh brought up to the forefront.

“There are two separate groups working on the track, which is 3TC and the MTA,” said Walsh. “3TC is a private company and they get time limits on what they do. They get rewarded if they’re early and punished if they’re late, then there’s the MTA. Starting on July 22, the MTA is going to be authorizing its people to work 24 hours a day, seven days a week. That doesn’t mean that they’re not going to work 24 hours a day, but they are now authorized to work those hours. 3TC is starting to do the retaining walls and the sound proof walls that go above the retaining walls [too].”

According to Walsh, 3TC will soon start work at Herricks Road and work toward the Mineola train station.

Strauss also spoke about the current condition of the village’s firehouse.

“The fire department building is a 100-plus year old building,” said Strauss. “It had an addition added on, it was renovated and now there’s some structural issues that are happening with the building. The brick face, which is on the external part of the building, is falling off, which is why we put up the sidewalk shed to protect any residents or people walking by on the street and vehicles.”

The village had an engineering company and architectural firm assess the building, which gave the village their recommendation.

“Their recommendation is to knock the building down and build a new one,” said Strauss. “We’re leaning toward that. We’re afraid putting good money into a building such as this where we’re not sure what happens when we start to peel the onion skin off and what we’ll find. We’re working right now with the architects, the engineers and the fire department to come up with an idea on pricing.”

Lastly, Strauss touched upon the village’s road repavement program, which seems to coming along quite nicely.

“We’re right now finishing up Jerome [Avenue] and then in September or October, we’re moving over to Beebe Road in that area south of Jericho,” said Strauss. “I say this all the time, but not to pat ourselves on the back, but to let residents know what we’ve done. When I first became mayor a little over eight years ago, we were paving about $500,000 in roads. We’re doing $1.2 million now.” 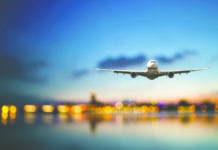