At a recent public hearing, the village board approved Regina and Pierre Armand’s application to open up an aerial dance and fitness studio at 267 Horton Hwy., which drew some resident complaints about parking and traffic in the area. 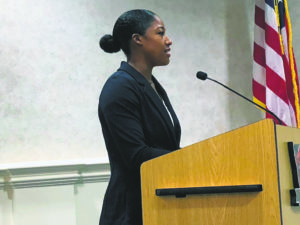 According to Armand, aerial arts is a form of dance and fitness that takes place with equipment that’s in the air.

“It’s compared to Cirque du Soleil, when you think about the silks hanging or the hoop, but it’s just geared more towards the everyday person,” explained Armand. “Not only do we specialize in aerial arts, but some of our other popular classes include yoga, Zumba, handstands, dance classes and flexibility classes as well.”

The aerial dance and fitness studio’s proposed hours of operation are from Monday through Friday from 5 to 10 p.m. and Saturdays and Sundays from 9 a.m. to 3 p.m. The studio will start off with six employees including the Armand’s, who have close to 50 loyal clients who are based in Mineola and its surrounding areas.

“You’re on Horton Highway attached to Nude Furniture on the corner, how many spots behind that building do you have?”asked Mayor Scott Strauss when it came time for the board to ask Armand questions regarding her application.

“There are currently 30 spots behind there and it’s shared between the tenant,” Armand responded. “Currently there are only two tenants, the furniture store no one is there right now, so there are 30 spots, but there is also parking on Jericho [Turnpike] and the side streets. None of those are in front of any residential houses.”

“I certainly wish you luck because we sit here often and this is different than what I’ve seen before,” said trustee Dennis Walsh. “People sometimes invest a lot of their money and don’t make it.”

When it came time for public comment, Mineola resident Linda Benedetto, who lives on Horton Highway, said that her main concern is the continuous traffic and parking. 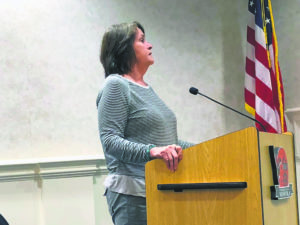 “I like the idea of what you do, it sounds really cool,” said Benedetto. “I don’t really think it’s a good location for it. I’ve lived in my house for 45 years and it’s a very busy street. We have Chaminade people coming down during the day, we still have people visiting the hospital since Winthrop is at the end of my street. There’s a lot of traffic going there.”

Benedetto also brought up the issue of a red light near her house on Horton Highway that builds up a lot of cars who are waiting to make turns.

“Sometimes, they come down all the way down to my house and they start honking and making U-turns,” she explained. “I don’t think there’s going to be enough parking spots there for that lot and I don’t think everyone who would be dropping someone off will go into the lot. I think they’re going to be stopping [in front of the building]. I just think it’ll create more of a problem there. I don’t think it works.”

Mineola resident Jacqueline Graser, who also lives on Horton Highway, shared the same sentiments as Benedetto when she approached the board.

“My main concern is the parking and the traffic as Mrs. Benedetto explained,” said Graser. “I agree with every bit of it between the [Jericho] Terrace, the furniture store and now having the dance school from Monday through Sunday? This is horrible. You cannot turn. It’s unbelievable. It’s too much traffic and congestion at that corner. Something has to be done. I don’t mind the school, but the parking. Where are they going to park?”

According to Graser, people park in front of her house and halfway in her driveway, making it a difficult situation. Strauss responded that if anyone is illegally parking anywhere within the village, residents need to notify the Nassau County Police Department and have them respond.

“I understand the frustration,” said deputy mayor Paul Pereira. “There’s an application here for a business to open where a business existed for decades. I think, because I’ve been here for over 40 years as well, that you would be hard pressed to find a better business and business hours to help your issues rather than to complicate them. I think the hours between 5 to 10 p.m. are probably the most beneficial business operation you could find. It runs counter to the rest of the businesses when they’re at their busiest.”

Toward the end of the hearing, Armand said that parking has always been one of her biggest concerns and has been looking for more than a year for the perfect spot to open her aerial fitness studio.

“We don’t want our clients to be searching for parking, so this space was actually perfect for that because it has 30 spots,” said Armand. “We will definitely do our best to make sure that our clients don’t park in front of the houses so we want to work with the community and not against.”