The Mineola Union Free School District had its budget passed last week with 733 residents voting yes while 207 residents voted no. The budget this year saw an increase of 1.79 percent, with a corresponding tax levy increase of 1.97 percent.

Board of education trustee Cheryl Lampasona, who ran unopposed, was also reelected.

“I am so humbled and honored to be reelected as Mineola school board trustee,” said Lampasona, who thanked the local community. “I don’t take this position lightly and I look forward to serving the Mineola School community for the next three years with the same drive and passion as I have served these past three years. I look forward to watching our school community grow and flourish, especially our new full-day Pre-K program that was incorporated into the new 2019-20 budget.”

The East Williston Union Free School District also had its budget pass with 294 residents voting yes, while 110 residents voted no. Additionally, three propositions were also passed in the vote, including expenditures from the 2015 Capital Reserve (Wheatley tennis courts) with a 300-104 vote, expenditures from the 2016 Capital Reserve (Wheatley Fields and gym floor) with a 311-95 vote and the establishment of a 2019 Capital Project Reserve Fund (North Side roof and Wheatley Auditorium) with a 305-99 vote.

The 2015-16 Capital Reserve Fund propositions asked the community to support expending up to $1 million and $3.9 million, respectively, to allow for the renovations of the Wheatley tennis court, gymnasium floor and Wheatley fields renovations. The 2019 Capital Project Reserve Fund (CPRF), which is similar to previous ones, is funded through budgetary savings and unanticipated revenues over the next seven years, up to $6.5 million, and acts as a savings account for specifically identified capital projects. Utilizing a Capital Reserve Fund for capital projects eliminates interest and borrowing costs associated with long-term borrowings. 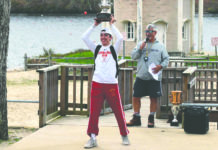 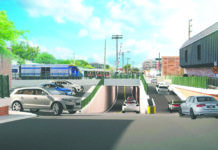 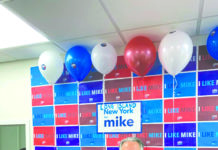