For quite some time, the number one question that the Mineola American has received was “what is taking over the former Walgreens?” that is located at 1 E. Jericho Tpke., in the village. Now, that question has an answer thanks to the village board at last week’s public hearing, who approved Fresenius Medical Care’s dialysis center, which will occupy the pharmacy’s former location. 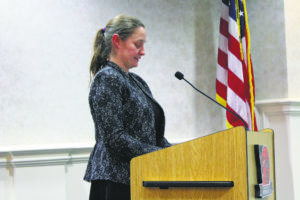 Civil engineer Kristin DeLuca of Hauppague-based Bohler Engineering informed the board that Fresenius Medical Care plans to transform the interior of the former Walgreens to have it better suit a dialysis clinic layout with a special use permit that Fresenius requested from the village.

“As such, the building character, size, location, design and site layout has already been found appropriate and in harmony with its surrounding properties,” said DeLuca.

The existing building has been vacant since 2016 when Walgreens moved diagonally across Jericho Turnpike. According to DeLuca, the proposed clinic is a community benefit that offers a medical service that is only available at NYU Winthrop Hospital, which is almost near capacity for its dialysis patients. Once Fresenius Medical Care has its contingencies met from the New York State Department of Health (NYS DOH), it can operate the dialysis clinic within the village.

“It [the clinic] will not cause excessive traffic, assembly of vehicles or people,” explained DeLuca. “It will not change the prior use in terms of noise, lights and vibrations. The parking lot will remain as is and the traffic access will not cause any additional conflicts in traffic.” 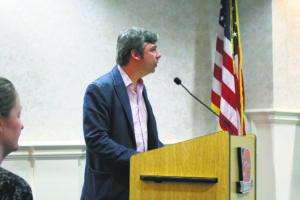 David Olliger, who is the northeast project manager for Fresenius Medical Care, informed the board that Fresenius has approximately 50 clinics in the New York metro area.

“We have quite a few clinics in both Nassau and Suffolk,” said Olliger, who solely concentrates on the construction aspect of the dialysis clinics. “This is the first clinic in Nassau we’ve built in some time. These clinics typically take a while to ramp up both patients and staff. It usually takes almost two years before we’re at capacity.”

For the first couple of months, patients are dialyzed on Mondays, Wednesdays and Fridays between 8 a.m. to 1 p.m. Afterward, if there is growth in the area for more dialysis patients, additional shifts will be added.

Not only will the inside receive a makeover, but so will the outside of the building with the entire façade getting a complete repaint as well as new windows and new sliding doors being added. The lot will also be resurfaced with new landscaping.

“I’m glad that you’re coming into Mineola,” said deputy mayor Paul Pereira, who is familiar with the dialysis process being that he has a close family member who’s been on dialysis for several years. “I know that Winthrop is at near capacity and they have to move shifts, so I think that it’s good that patients have another choice in the vicinity.”

The village’s Fresenius Medical Care will have 19 in-center stations and one separation room, which is a NYS DOH mandate. A typical dialysis patient is dialyzed between three to four hours, three days a week. There will also be two home therapy suites inside the clinic where patients will be trained on how to perform their dialysis at home.

In terms of medical waste and supplies being dropped off and picked up from the location, Olliger doesn’t see it becoming an issue.

“In more of the borough areas of New York City, we have to do more of those early type of deliveries and drop offs because of the parking restrictions,” he explained. “But something like this where we have our own separate delivery door and parking lot I don’t think we’d see that early morning activity.”

In the soon to be resurfaced parking lot, staff members will also be using the same lot as patients, who will receive parking closer to the building for easy transport. The parking lot can currently hold 40 cars. Handicap parking will also be accessible at the location in which ambulances who pick up and drop off patients can also use.