It seems that The Hub is one step closer to becoming a reality. Last year, CEO and Chairman of RXR Realty Scott Rechler joined forces with BSE Global to build and finance a $1.5 billion multi-use project around Nassau Veterans Memorial Coliseum that will include housing, retail and office space.

Last week, the project dubbed as The Hub had Rechler lay out a plan that addressed many of the downfalls that tripped up another hugely ambitious project—Amazon’s failed attempt to establish a Long Island City headquarters. Rechler cited that most recent example’s failure was due to a combination of failed political leadership at the city, state and Amazon level.

“It was a sense of arrogance that you can come into a community and you don’t have to engage the community and stakeholders and make sure that they have a sense of what their issues are and try to address those issues,” he said.

Earlier this month, Nassau County Executive Laura Curran also announced the members of the Nassau Hub Community Benefits Advisory Committee in coordination with BSE Global and RXR Realty. The committee is composed of 15 appointed community leaders and representatives, and is co-chaired by senior councilmember Dorothy Goosby of the Town of Hempstead and president and CEO of the Long Island Association Kevin Law. One notable person from the Village of Mineola who is on the advisory committee is Mayor Scott Strauss. 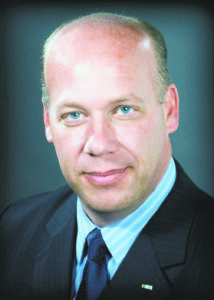 “According to the Hub Development Plan, Mineola may play a large part in its concept and success,” said Strauss. “I am encouraged by our inclusion, and having a seat at the table will help us manage any proposed impact on our community.”

“The Community Benefits Advisory Committee will help identify the real needs of surrounding neighborhoods and is a cornerstone of our efforts to engage community stakeholders,” said Curran. “I want to thank all of the advisory committee members for their commitment to this essential initiative.”

The Nassau Hub Community Benefits Plan will be designed to maximize impact for areas in and around the Hub’s development by collaborating with local governments, and civic and nonprofit organizations to address veterans, at-risk youth and other vulnerable populations, job training and creation, local first responders, youth programs and more. The Advisory Committee will engage additional community stakeholders to address workforce development, youth and education, environment and sustainability, transportation and infrastructure, and business development and economic growth.

In terms of education and economic growth, Northwell has signed on to be an anchor tenant at The Hub, committing to a 250,000-square-foot Innovation Center, a prospect the realtor is very excited about.

“The general concept is that [the Innovation Center will be] a place where Northwell wants to convene the greatest scientists here on Long Island in different institutions, as well as from around the globe,” Rechler explained. “There will be things like bio-electronic medicine and cancer research—there’s a whole slew of research I don’t think we really appreciate as well as the future of health care, which is something Hofstra is focused on a lot with their medical school.”

The new proposal’s residential aspect centers on 500 multi-family residential units divided up between Millennial and Next Generation Housing. Rechler estimated these units will be 30 percent cheaper than studio apartments in the area.

As for labor, Rechler has been meeting with various unions about how to proceed, particularly when it comes to instituting the kind of jobs-training programs being used on a similar New Rochelle project he’s working on. Rechler’s optimism is being guided by the potential greater good for all those involved and the businesses that have a stake in how The Hub shakes its fellow Long Islanders.

“This is a moment and time, in my opinion, with the redevelopment of the Coliseum site and The Hub, to make this not just about a development, but an opportunity to redefine Long Island for the 21st Century, by creating a downtown for Long Island,” Rechler explained. “This could be a place to do it.”