Like most kids who have a hobby, Seth Vogel’s love of collecting baseball cards all started when he was a kid growing up in Brooklyn.

“There was a baseball card store and I used to go in there and buy from the guy and got to know the owner,” said Vogel of New Hyde Park. “When I was 15 years old, the owner offered me a job. I was working in the store and at some point I met [Mike] who would get baseball autographs.”

The two quickly struck up a friendship.

“Mike would wait at the hotel when teams would come in to play the Mets or the Yankees,” explained Vogel. “So he knew the hotels to visit and told me ‘Hey, why don’t you come down and get autographs?’ That really got me into the autograph aspect of collecting which is my passion. Autographs are my big thing.” 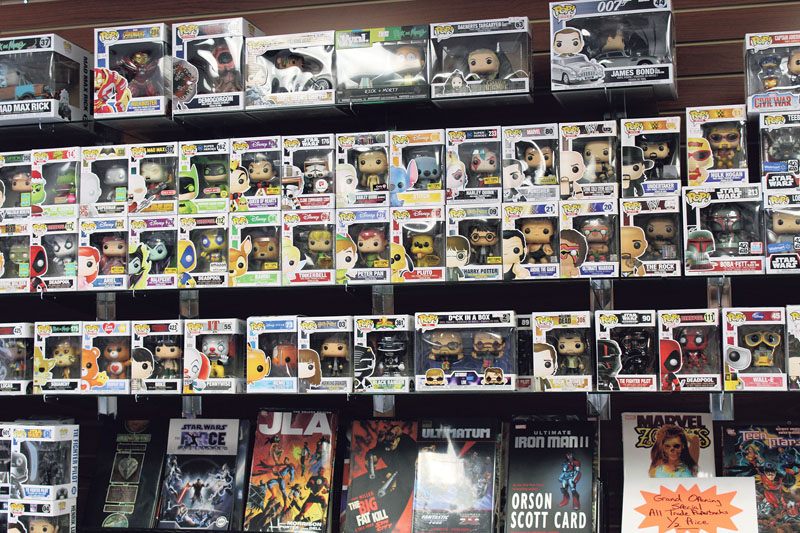 Since he had a mass accumulation of autographs from all sorts of celebrities, Vogel decided to turn his hobby into a business.

“I didn’t really start [collecting] to sell, I started as a fan,” said Vogel. “I did advertising in some trade magazines, did some conventions and then I opened up my first store in the late 1980s.”

Vogel opened up his first store, Not Just Baseball Cards, in Brooklyn and branched out to a second store soon after. But when 9/11 happened, Vogel noticed that people were cutting back on their spending habits.

“Everyone seemed kind of afraid,” said Vogel. “Nobody knew how things would go after that. So business got a little slower. Also, the Internet was kind of just starting at that point as well.”

From there Vogel decided that it was best to close up shop. Since he had a young family at the time, Vogel thought that it was best for him to get a regular job. For 16 years, Vogel was a concierge in a luxury building on the Upper West Side of Manhattan. However, Vogel never let his passion die and continued selling his items on eBay on the side.

But now, Vogel has decided to give it another go and recently opened up Collectibles & Consignment Unlimited in Mineola, located at 164 Jericho Tpke. At his new store which features his own inventory, Vogel sells sports cards, comic books, action figures, Funko Pops!, autographed sports memorabilia and autographed celebrity biographies.

As terms of consignment, Vogel still sells on eBay, Amazon and on other selling apps.
“I’m willing to take consignments from people,” explained Vogel. “It doesn’t have to be collectibles. If a woman has a Louis Vuitton bag that she’s tired of or some expensive designer shoes, whatever it maybe, if someone is looking to sell it, I’ll help them.”

When asked where he sees his store in the next five years, Vogel said that he sees himself still in Mineola and possibly branching out and opening a second store if all goes well. Vogel is also happy on how supportive the community has been.

“The owner of Piccola Bussola [Tony Lubrano] came in right away and introduced himself,” said Vogel. “Everybody has been wonderful. I haven’t been here long but it seems like a wonderful community and I’m really excited to be here.”

Overall, Vogel said that collecting is a fantastic hobby.

“I see dads come in with their kids and the dads collect and the kids are into it,” he said. “My dad wasn’t a collector but he was a baseball fan who got me into the sports aspect. It’s nice seeing items that I sell where people buy it to enjoy it, they appreciate it and they cherish it. I like that and it’s important to me.”

Collectibles & Consignments Unlimited is open Tuesday through Saturday from 10 a.m. to 7 p.m. and on Sunday from 10 a.m. to 5 p.m. The store will have a website up and running within a couple of weeks but in the meantime visit the store’s Facebook page for more information.