For the fourth consecutive year, the New York Press Association (NYPA) has honored Tarmac, the student-produced newspaper of Chaminade High School, as the Best High School Newspaper in New York State. The award was announced as part of the NYPA Better Newspaper Contest at the organization’s annual Spring Conference and Trade Show in Albany last Saturday. Tarmac’s honors also reflected its staff’s awareness of the growing importance of digital media in the sharing of news and information.

“This award definitely means a great deal for our paper,” said co-editor-in-chief Colin Capece, of Smithtown. “There are so many other fantastic high school newspapers in New York, and it’s certainly gratifying and humbling to know that the NYPA chose Tarmac as the best. I believe the award is a testament to the efforts of this year’s staff, which worked so hard day in and day out to make this paper a success.”

Contest entries are judged by third-party press groups from different states each year. This represents the third different press association to have independently judged Tarmac to be the superior high-school newspaper in New York State. Tarmac’s submissions to the Better Newspaper Contest were considered among approximately 4,000 entries from student and professional news organizations.

“It’s great to see all of the staff’s combined efforts recognized on the statewide level again this year, but I think it’s important to keep what we’ve accomplished in the right perspective,” noted co-editor-in-chief Nicholas Plante, of West Hempstead. “We’re not just trying to make the ‘best’ newspaper. We are looking for the most accurate and enjoyable ways to communicate stories that the Chaminade community needs to hear.” 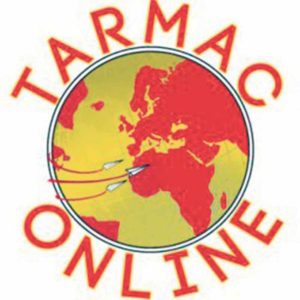 In addition to being named the top high-school newspaper, Tarmac was also awarded first-place honors for Best Website and Best Use of Social Media. Individual first-place recognition went to Owen Barthel, of Rockville Centre, for Feature Story. Plante earned a second-place award for News Story, and Christopher Mercadante, of Garden City, received honorable mention in the Sports Story category.

“Our student journalists are both humbled and honored to receive this award for the fourth year in a row,” said Patrick Reichart, Tarmac moderator and former print and radio journalist. “I am particularly proud of the senior members of our newspaper staff who have earned this honor in each year of their high-school careers. Being invited to this convention allowed our students to interact with countless professional journalists over the course of the weekend, and I am grateful to the New York Press Association for extending this invaluable opportunity to them.”

“This state title is incredible recognition of the hard work the entire club has put in this past year,” said Co-Editor-in-Chief Aidan Fitzgerald, of Garden City. “However, the happiness I feel about the honors we’ve won this year pales in comparison to the joy of being able to work on this paper with some of my best friends. I’m immensely grateful for the time I’ve had on Tarmac, and I’m glad it gets to end on such a high note.”