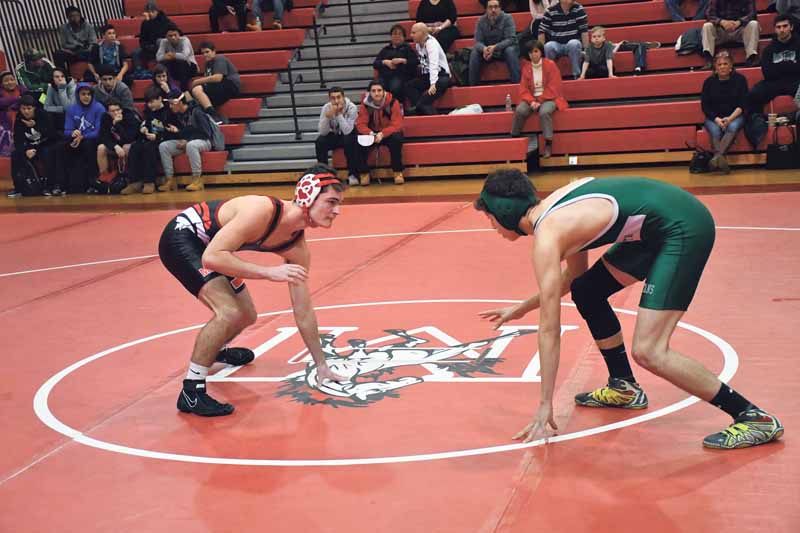 So far, the Mineola Mustangs wrestling team has had an excellent comeback year this season with nine wins and five losses, qualifying to wrestle in the Nassau County Dual Meet Championship which is made up of the top 24 teams in Nassau County.

It was an exciting match with it coming down to 145-pound wrestler Vin Pomara, a junior at Mineola High School whose 9-5 victory sealed the win for the Mustangs. However, the Mustangs were defeated in the round of 16 by number two seed, Massapequa High School. Still, it was an excellent achievement by the Mustangs who finished as one of the top 16 Dual Meet teams within the county.

The Mustangs are comprised of a very young team who are led by the team’s only senior, Ryan Sullivan. Sullivan is a 126-pounder with a 16-1 record at this point in the season. Also on the team is junior and co-captain, Jack Duff (138 pounds) with a 19-6 record followed by Pomara who has won 10 matches so far and junior Juik Kim (132 pounds) with a 16-3 record.

Finishing up the team’s roster, are the following freshmen: 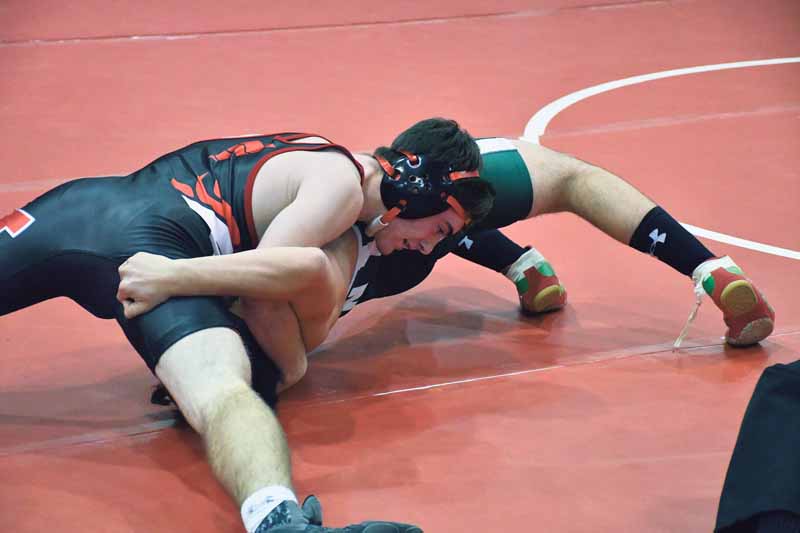 The Mustangs also have an excellent junior varsity group, with the following wrestlers:

Some of the wrestlers on the team have won varsity tournaments as well with Velasquez and Duff winning the Valley Stream North Tournament.

Velasquez, Duff, Sullivan and Claros all won the Glen Cove Tournament with Claros winning the “Most Outstanding Wrestler” award for Mineola.