It proved to be an eventful and successful night for those who had their businesses approved by the board of trustees at last Wednesday’s village board meeting.
First at the podium was Albertson resident Patricia Russo, who was approved to open a Sylvan Learning Center at 393 Jericho Tpke. The former banker and now Sylvan franchiser explained to the board that hours of operation would be from Monday to Thursday from 4 to 7 p.m. and Saturday mornings from 9 a.m. to noon.

“It’s a tutoring center where children are primarily dropped off by their parents mostly for a one to two hour session,” said Russo. “The location has ample parking in the rear of the building and a municipal lot across the street. There will usually be three or five employees for about 10 to 15 children depending on how busy the day is.”

Russo previously ran the Huntington location of the franchise, which has been in business for 14 years.

“The tutoring service has been doing very well and I was lucky enough to be able to secure a franchise here in the territory closer to my home,” said Russo.

Trustee Paul Pereira asked Russo if Sylvan Learning Center would also serve as a testing center for students, in which Russo replied that the learning center would proctor for real estate and regents testing since they don’t proctor for MCATs or LSATs.

During the summer—when most schools are on break—Sylvan Learning Center will offer a summer camp.

“Usually they’re robotics camps and they’re held maybe once or twice a week,” said Russo. “We do continue to do tutoring, believe it or not. That’s our core business and it stays pretty strong through the summer.”

After approving Russo’s business, Mayor Scott Strauss and the village trustees reopened the hearing that happened on Wednesday, Dec. 13 concerning Super FL Mart which is located at 52 Jericho Tpke.

The board ultimately approved for Super FL Mart to open a fast food restaurant inside the supermarket, even when the issue of having no dishwashers was brought up.
“We are not going to have dishwashers because it’s fast food,” said Jersey Qiu from Super FL Mart. “People will eat and throw their stuff away in the garbage since it won’t be a formal dining restaurant. We won’t be having dishwashing machines because we don’t have regular dishes to wash, just equipment to wash in a three compartment sink.”

Trustee Pereira reminded Qiu that the board’s concern wasn’t necessarily the use of the land.

“I think the use (of the location) is appropriate,” said Pereira. “A lot of these questions will be answered between you and the building department. There are going to be issues with signage and lighting that you’re going to have to address with the building department, the fire marshal and the department of health. Our concern really is the use and we want to make sure that everything ends up accurate.”

Closing out the board meeting, Strauss and the board also approved a new local law that was suggested by village attorney John Gibbons. The purpose of the new law is to create an assessment review board where residents of Mineola can come and grieve their taxes.

“It’s going to be a board composed of three individuals who are not employees or officers in the village,” explained Gibbons. “They will be available each year on the third Tuesday of February which is by statute grievance night, where if you disagree with the assessment of your home, you can come and make a presentation, submit it as evidence and ask that the assessment be changed.”

If residents are still unhappy with the board’s decision, there is a small claims procedural over at Nassau County Supreme Court that they can partake in. With the introduction of this new law, residents can come to village hall and make their case as to why the assessment should be lowered and present any evidence they would like. Residents don’t even have to worry about attaining an attorney.

“If you think that you’re currently overassessed, I encourage you to come down and grieve your taxes,” said Strauss.

At the end of the meeting, trustee Pereira said that people have been grieving their taxes for forever and that this new law is a small administrative change.

“Rather than grieving to the three assessors that we have in the village, now you’re grieving to a board of assessors who are separate from the assessors,” concluded Pereira. “It protects the village and it gives the residents the comfort of knowing that they’re being heard by an independent impartial party.” 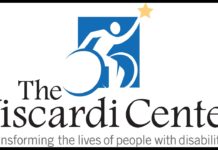 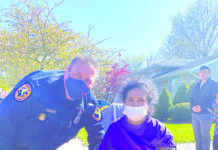