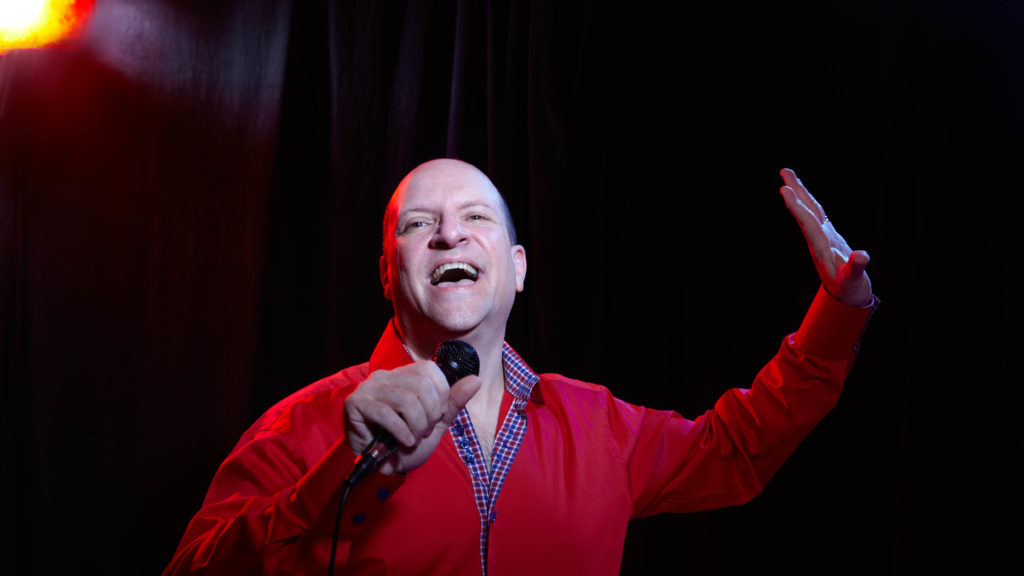 “I came up with the idea for A Very Murray Christmas right after Thanksgiving last year after hearing a variety of holiday songs that I liked but had never sung before,” said Murray. “As an English teacher I have always loved puns and using my last name in place of Merry just came to me.”

Murray is no stranger to the cabaret scene, having already done a number of one-man cabaret shows in New York City in the late eighties. Six years ago, as a proud alumni, Murray did the cabaret show 49 and Holding? 50 and Fabulous! at Long Island University as a fundraiser in support of the theatre department’s scholarship fund.

“I wanted to provide a vehicle for giving back since I was fortunate enough to receive a full ride to Post which included being a recipient of a scholarship from the theatre department,” said Murray. 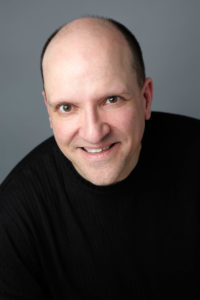 49 and Holding? 50 and Fabulous! proved to be a success and allowed Murray to raise a little more than $2,000 for the theater department. This time around, Murray hopes to raise even more money for the department since A Very Murray Christmas will be held in a larger venue that seats more than 300 people.

Most of the performers appearing in A Very Murray Christmas are Mineola High School alumni and faculty. For 13 years at Mineola High School, Murray served as the thespian troupe advisor and director/choreographer for the high school plays, forming relationships with students and faculty who all share the same passion of performing that Murray does.

“I was fortunate to work with some wonderfully talented students and with a few shows I actually managed to rope fellow teachers into doing cameos and ensemble roles in a few productions,” explained Murray. “As a performer and cabaret show creator, I started asking a few of my students with whom I stayed in touch with after they graduated to serve as back-up singers for me in my cabaret shows.”

The songs that will be performed at A Very Murray Christmas are an eclectic mix of a few traditional holiday songs, but are mostly songs that have been written and performed by various artists in the past 20 years.

“Exactly 20 years ago I did a Christmas cabaret show in New York City and incorporated a few of my former students,” said Murray. “Every song in A Very Murray Christmas is different. A few songs may be completely new and maybe even unknown by the general public.”

After having 26 successful and happy years in total at Mineola High School, Murray wants to put all his energy and focus into his dreams of being on Broadway.

“I look forward to auditioning regularly in the near future,” said Murray. “My greatest dream has always been to be in a Broadway show but more importantly, to do as much theatrical work in a variety of ways and venues more regularly than my teaching schedule could allow. I am truly blessed to be able to say that I had a great teaching career, and now I have the means and ability to pursue what has always been my greatest passion.”

Murray also has a dream to become a headline singer on cruise ships and take his three latest cabaret shows A Very Murray Christmas, Songs My Mother Loved and The Standards Sing: Steve and Eydie to venues across the country. Beginning in 2018, Murray will start to look on how to book his cabaret shows and is currently looking for assistance from those who know how.

Although Murray enjoys being in the spotlight, he’s very pleased to be able to share the stage in this cabaret show with so many other talented individuals.

“No show can ever be a success without the help of others,” explained Murray. “Be that on-stage, backstage, or off-stage. That’s one of the things I truly love about doing theatre. It is truly the work of many individuals serving as part of a team for a common goal whether it’s to entertain, to make a statement or to make an impact in others’ lives.”