Sydney Ray is living a double life. On the surface, the Mineola teen looks like your average 16-year-old, balancing classes at Wheatley High School and hanging out with friends. But Ray is also an aspiring singer, with a recently released single that shows off the vocal chops of the talented young artist. 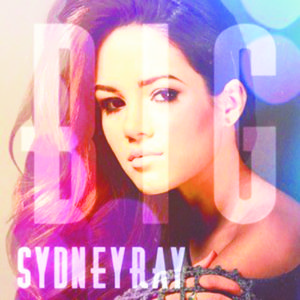 Ray’s musical journey started in an unusual way; when she was diagnosed with Crohn’s Disease at 11-years-old. It was a diagnosis that Ray says changed her life for the better.

“It made me stronger and who I am today,” Ray says. “When I was diagnosed, I turned to music. That bought me to the path I am now, which I’m so thankful for.”

The months following her diagnosis were a roller coaster of hospital trips, doctor’s appointments and medication. Helping ease her fears through that uncertain time were the sounds of artists like Pink and Sara Bareilles.

“Music had me hooked,” Ray said. “Listening to Sara Bareilles and Pink inspired me to break social norms and live according to my own standards.”

Songs like “Brave” from Bareilles and “Perfect” from Pink made her feel strong and Ray was inspired to write songs that made others feel empowered as well. In 2015, she went to a talent convention held by International Modeling & Talent Association, the agency that discovered stars like Aaron Paul, Ashton Kutcher, Eva Longoria and Katie Holmes. The convention led to her being put in touch with numerous songwriters and producers, and a year later, she found herself in Nashville, fleshing out the lyrics she had doodled in notebooks into full length songs with the help of industry professionals.

On May 5, Ray debut her first single, “Big,” which is about living life to the max. It was an idea that she had tossed around in her head since she was 13, when she hung a poster in her room that said “dream big.”

“It’s about living life to its fullest potential and seizing every opportunity and being who you are,” Ray said. “I wanted to write a song about accomplishing big dreams.”

For Ray, dreaming big isn’t just something she sings about, it’s what she lives every day. She said she’s been lucky to have support and love from family and those around her, but realizes not everyone has those positive influences.

“I realize people aren’t as fortunate as I am, so I feel the need to help those people and reach out to them and tell them they’re strong and their courage and bravery is marvelous,” Ray said. “I want to be a voice for people and to empower them. In moments they’re feeling vulnerable, I want to help them realize they have the strength to rise.”

The Wheatley High School junior has several more songs in the works and hopes to release another single soon. All that while balancing the day-to-day responsibilities of being in high school.

“It’s very tough to live a double life, in a sense, but I’m getting used to it,” said Ray. Being a teen singer also comes with another set of unique challenges, as not everyone is encouraging of her journey. “I have a lot of people who support me and are excited and want to know about my music, but it’s high school, so people have opinions and do and say things to make you feel like you’re different. But if you love what you’re doing, it shouldn’t matter what people say.”

Though her career is just getting started, Ray is already grateful for every experience thus far.

“It’s been such a good learning experience. I’ve learned how to be strong and grateful for every opportunity in my life, whether it’s a trip to Nashville or email [from a producer],” Ray said. “It puts a smile on my face because I realize I’m accomplishing my dream.”

Ray’s single “Big” is now available on iTunes and Spotify.