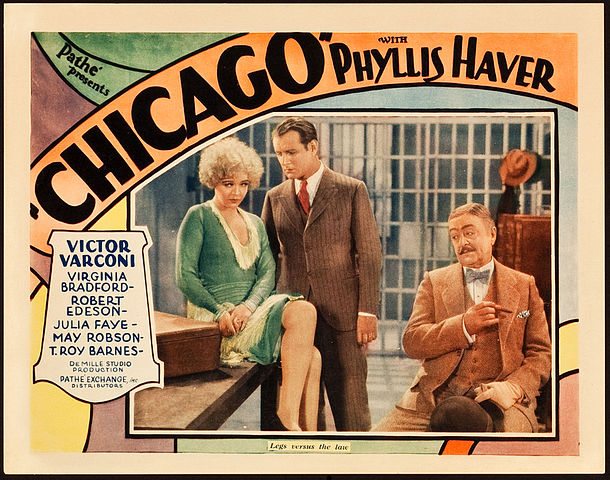 The New York Theatre Organ Society (NYTOS) and Chaminade High School will present Chicago, a 1927 silent film accompanied by the Chaminade theatre organ, on Saturday, April 22, at 7 p.m. The organ is the largest and only fully-operational organ on Long Island and one of a handful at high schools in the United States.Organist Bernie Anderson, Jr. will bring the film comes to life with his original composition. Anderson, a well-known accompanist in the Tri-State Area, made his NYTOS debut at Chaminade in 1995.

“If you have never seen a silent film with live theatre pipe organ accompaniment, you are in for a real treat of sight and sound,” said Brother Robert Lahey, S.M., treasurer of the New York Theatre Organ Society and Chaminade music teacher. “Bernie’s musical acumen weaves a series of improvised themes together in an amazingly seamless score which makes a silent film come alive.”

Chicago, produced by Cecil B. DeMille and directed by DeMille and Frank Urson, is a movie classic. Fame-seeking Roxy Hart kills her lover; her murder trial is turned into a media circus. The film offers a visual commentary on cynical views towards law, journalism, and moral standards during the 1920s. Even though Roxie gets away with murder, she does receive her just deserts at the end of the movie.

Based on a true crime story, the plot of Chicago is drawn from a play produced in 1926— well before the hit 1975 Broadway musical. The film to be shown at Chaminade was considered lost until it was discovered in DeMille’s private collection in 2006 and restored thereafter.

Accompanying the screening, Chaminade’s Austin Morton theatre organ was first installed at the school in 1980. It was configured for its current home from the Queens Village Theatre in 1978 and also includes elements from an organ once found at the RKO Keith’s Theater in Richmond Hill. Renovations at Chaminade were completed by Brother Robert and the Marianist community.

Ticket sales support the ongoing restoration of the organ and future presentations for which it is played.