Earlier this year, circus lovers were dismayed to hear that the Ringling Brothers and Barnum and Bailey Circus will be shutting down after this year’s tour. This ends over a century of entertainment dubbed “The Greatest Show on Earth.” Long Islanders will be the last to see the show, as the circus’ final performance will be on May 21 at the Nassau Coliseum. So let’s mark the occasion by catching up on some reading about circus life. 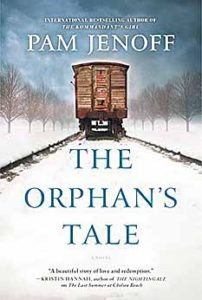 In the current bestseller, Pam Jenoff’s The Orphan’s Tale, a traveling circus in Germany becomes a refuge for a Dutch girl during World War II. After rescuing a Jewish baby, 16-year-old Noa joins the circus and trains to become a trapeze artist. There she meets Astrid, the lead aerialist who is hiding her Jewish roots. These two form a bond as they keep their secrets and perform dangerous stunts while the circus moves from town to town.

An all-time book club favorite is Water for Elephants by Sara Gruen. This novel also concerns a traveling circus, but this time in Depression-era America. Veterinarian student Jacob Jankowski has his world shattered when his parents are suddenly killed in an auto accident. He decides to jump a train on the Benzini Brothers Circus, the “Most Spectacular Show on Earth.” He is hired to care for the animals, but he is soon drawn to the beautiful circus performer Marlena. This moves the action to a volatile love triangle as Marlena is married to August, the schizophrenic head animal trainer. Paralleling this main plot is the bond and loyalty developed between Jacob and Rosie, the star bull elephant. 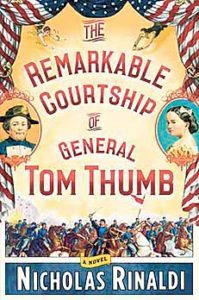 A historical novel focusing on one of the all-time great circus stars, The Remarkable Courtship of General Tom Thumb by Nicholas Rinaldi, brings to live the circus of the Civil War-era. P.T. Barnum discovered Charles Stratton at the age of four. Stratton never grew higher than 25 inches and Barnum renamed him “Tom Thumb.” The narrative follows Tom’s courtship and marriage to fellow “little person” Lavinia Warren, and also shows Tom’s other side, serving as a messenger for the Union army. Cameos by historical figures including Abraham Lincoln and Ulysses Grant add to this inspirational story.

For nonfiction, check out Modoc: The True Story of the Greatest Elephant That Ever Lived by Ralph Helfer. This is a joint biography of a man and an elephant, born on the same night in a German circus village. Bram Gunterstrein was the child of elephant trainers, and he shared his birthday with Modoc, the offspring of elephants trained by Bram’s father. After innocent early days in the German circus, Modoc is sold to an American circus, and heartbroken Bram stows away on the ship carrying Modoc across the Atlantic. After a harrowing crossing and a long separation, Bram and Modoc are reunited in America. Eventually, circus stardom awaited Modoc and Bram in 1940s New York City.

Special thanks to Jennifer Garland, librarian at the Shelter Rock Public Library, for her recommendations of books on this subject.

—Charles Sleefe is director of the Mineola Memorial Library. Contact him at midirector@nassaulibrary.org