Another successful year for Night on the Town

Tony Lubrano got significantly closer to his goal of raising $1 million for the Leukemia and Lymphoma Society (LLS) last week, with Night on the Town raking in more than $142,000.
Since launching the event in 2011 with his friend Harry Zapiti, Lubrano has raised $763,000 for LLS through Night on the Town, with almost every dollar going towards fighting blood cancer, the disease that took the life of Lubrano’s father, Pasquale. 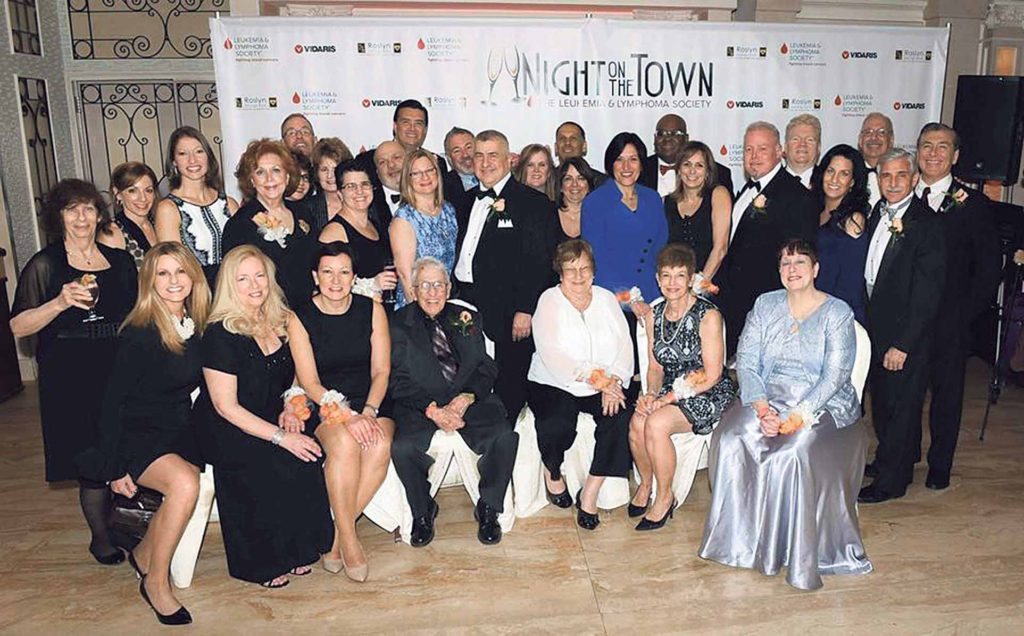 Night on the Town seems to grow every year, with the event not only raising more money, but also growing in attendance. More than 600 people attended this year’s event at Jericho Terrace, enjoying a plethora of good eats, live music from New York’s Most Dangerous Big Band, Tom Juliano and Broadway singers Danielle Porcellini and Jim Schubin, and bidding on raffles and a silent auction.

Lubrano noted that in years past, most people would leave the event after the presentation of awards (this year’s honoree was Kevin Lalezarian from Lalezarian Properties, the developer of the One Third Avenue and Village Green projects) and announcement of the raffles, but this year’s event featured a performance from a dance troupe and a DJ who came out around 10 p.m., to keep a festive atmosphere going well into the night.

“That was a nice addition for us, it made it much more of a party atmosphere,” Lubrano said. “And that’s what it should be, it’s a celebration of success and the survivors who are making it today who wouldn’t have a generation ago.” 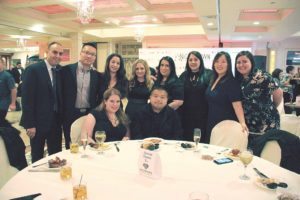 LLS director Jaclyn Sturtevant said Night on the Town is not only an effective fundraiser, but reaches a broader audience than other events the organization holds, such as Team in Training and the Light the Night Walk.

“It appeals to a different market and the general energy is different than other events we host at LLS,” Sturtevant said. “Tony [Lubrano’s] passion and dedication comes down the line to everyone participating. Mineola is such a tight knit community and you can really see that dedication to Tony and all the Warriors.”

Mike Goldman has supported LLS in the past by participating in Team and Training events and bike rides and came out to Night on the Town with his wife Andrea, who joked the night’s activities were more her speed. 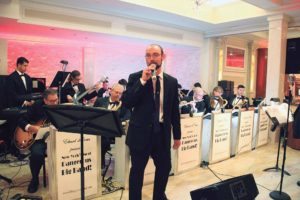 “We love to support the LLS Society and like to help others,” said Andrea. “[Mike] can ride 100 miles to support them and I can eat. I love trying new restaurants so this is definitely within my skill level.”

“I’m really proud to have this network of people who support us from year to year,” said Lubrano, who noted that many Night on the Town guests are repeat attenders and Mineola residents. “There were so many faces in the room that you could name. That shows the level of local involvement. Even though it’s grown, it’s still very much a Mineola supported event.”