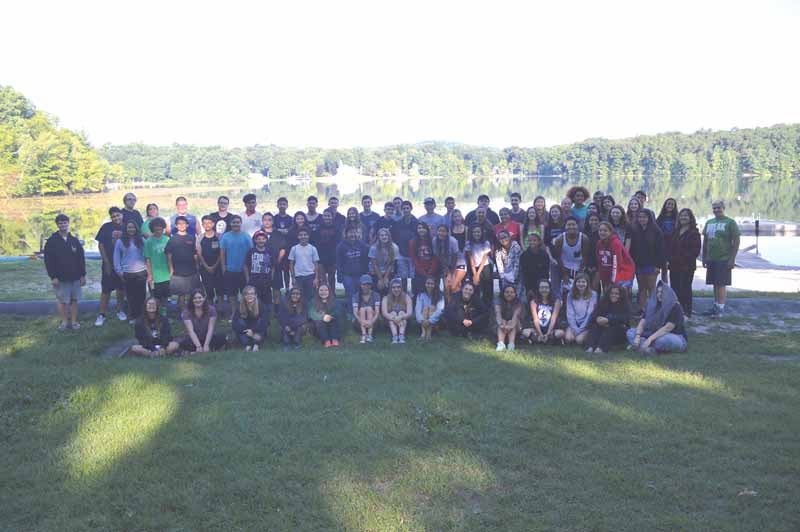 Student musicians with the Mineola High School marching band haven’t let their instruments gather dust over the summer, as they’ve been busy practicing for another competitive season.

The band is taking its marching orders from a new leader, as Chris Toomey takes the helm as band director. A new addition to the district, Toomey spent four years as assistant director at Garden City High School and will be teaching eighth-grade band and college level music theory in Mineola. Another change for the students includes a switch to the small schools 1 division, a more competitive grouping that includes increased scrutiny by judges and attention to detail.

The marching band has a history of victory, taking home first place trophies for the last two years. This year’s show, titled “Poisoned,” is a dark twist on Disney’s Snow White.
“Mineola excels at doing shows that are very dramatic,” Toomey said. “When you do a show that is more than just music, but there’s a thematic, dramatic element, it helps students connect with the show. They become passionate about it.”

In addition to the music, props and costumes will help convey the story of the Evil Queen being defeated by Snow White. To prepare for their upcoming season, students have been practicing two nights a week during the summer, and recently went to a five day sleep-away camp where they got to focus on building up their skills and relationships with each other.
Having the students bond is crucial, Toomey said, as making sure they’re unified helps their performance.

“As we’re marching in our show, we have more than 70 people trying to make one picture on the field. Every student has to work together to make that picture work. They have to rely on each other,” Toomey said.

Not only does building up comradery better their performance on the field, it’s also what being a part of the marching band is all about.

“This is something they’re going to remember,” Toomey said. “Students might not remember every note of this show 10 years from now, but they will remember the bonds and relationships.”

With 74 students in the band, Mineola’s marching band is of an average size for schools on the island. But it once boasted anywhere from 100 to 200 students, numbers that Toomey would love to see again.