Robbery. Trespassing. Pedophiles. Spying. Infidelity. Identity theft. The wildly successful Pokémon franchise has been around for more than 20 years but, in less than two weeks, these are all things that have been associated with the latest location-based virtual-reality game, Pokémon Go.

Businesses, museums, parks and virtually all places wanting to boost foot traffic are hopping on the bandwagon, advertising specials, incentives and discounts specifically for Pokémon hunters. I’ve even seen a university advertising use of the game as an incentive to get potential students to register for summer courses on their campus.

My cousin, who lives in Missouri, relayed what appeared to be a zombie apocalypse in his downtown area yesterday. He watched dozens of people holding their cell phones up to their faces and carelessly wandering through the neighborhood, which led me to think, I don’t want Poke-hunters wandering into my backyard. This has already become a problem, with reports of widespread trespassing and people putting themselves into dangerous situations to capture one of these virtual Pokémon monsters. 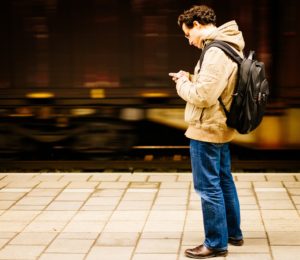 I don’t know if this is true, but I read that the Army is developing a plan to use the application to teach soldiers how to track and navigate. Seriously? I cannot relate. That, to me as an old-school veteran, is millennial thinking and a ridiculous skill in a soldier’s war-training toolbox.

OPED_Pokemon_072016BI’ve heard some parents and some experts cite exercise as the reason for playing the game. It’s not just for kids. One friend told me that she logged five miles on her pedometer while tracking Pokémon. And another friend told me, “I don’t cosign with letting video games babysit my kid, but he is off the couch.” Um, OK. Yes, I understand both sides of that. I’m still leery.

Some socially responsible groups are using it to their advantage, pitching: “Hey, while you’re out there walking around, take a bag with you and pick up some garbage”—and other creative ways to get practical things accomplished—getting transients to pull double duty.

Niantic, the game developer, has also confirmed that it has access to the gamer’s Google account through the app usage, including emails, personal information, etc., but that it doesn’t plan to actually use any of it. If you believe that, I’d like to further my case for natural selection.