Jericho Turnpike was transformed into a festive and frolicking celebration of a unique and vibrant culture as the annual Portuguese Day Parade drew thousands together on the streets of Mineola on June 12.

According to parade Grand Marshal Gabriel Marques, the Portuguese Day Parade, currently in its third year, is a cherished bright and colorful event that reflects the wonderful cultural melting pot that is Mineola. 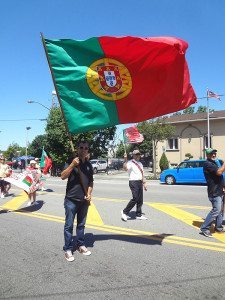 “This is a very important event for the Portuguese community…it’s not just another parade,” he said. “This really hits you in the heart. You’re going to look on the sidelines and see people crying, getting very emotional about what’s going on. It’s very special…it’s that one day of the year where nothing else matters. Whatever divides us disappears, and it’s all about making friends and celebrating our traditions.”

This is the first year that every Portuguese organization in the state (46 in total) participated in the parade and in total, more than 50 organizations, including nonprofits, charity groups, businesses, sports clubs and schools took part. More than 10,000 people stood on the streets of Mineola, cheering on the 3,000 marchers walking and dancing and riding on floats, motorcycles and in antique cars. 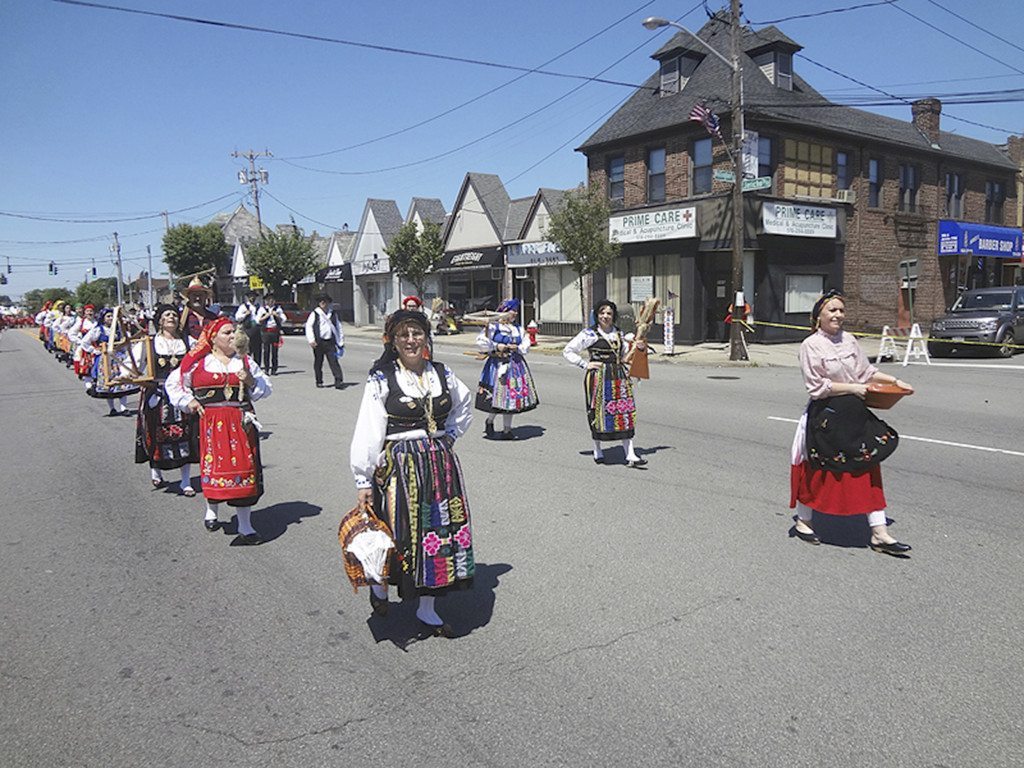 According to Marques, Mineola boasts a large and proud Portuguese population of at least 5,000, with an additional 10,000 or so in its outlying areas, extending into Suffolk County. It was this strong presence that allowed the Mineola Portuguese Day Parade to become such a success after several failed attempts to hold the event elsewhere over the years. 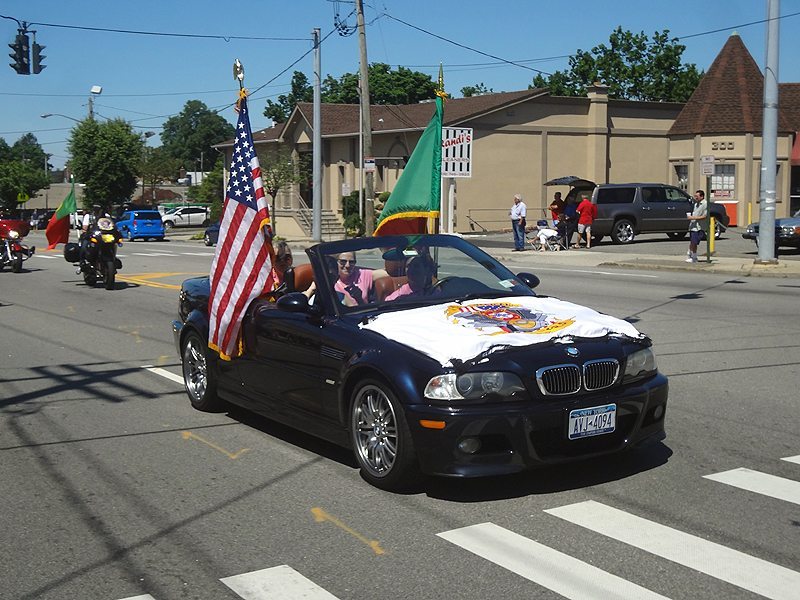 “This is the only Portugal Day Parade in the entire state. They’ve tried setting it up over the years at different places but they could never get the cohesiveness of the community to work together to put something like this on,” Marques said. “But three years ago, we said we’re going to try just one more time because the community was starting to dwindle and if we were going to go out, we wanted to go out in a big way. However, we were completely able to reverse the trend in Mineola, and the parade was so successful that we were able to attract the second and third generation Portuguese who were just about ready to assimilate completely into America. Now everybody is excited about it and every year the parade gets bigger and more successful.” 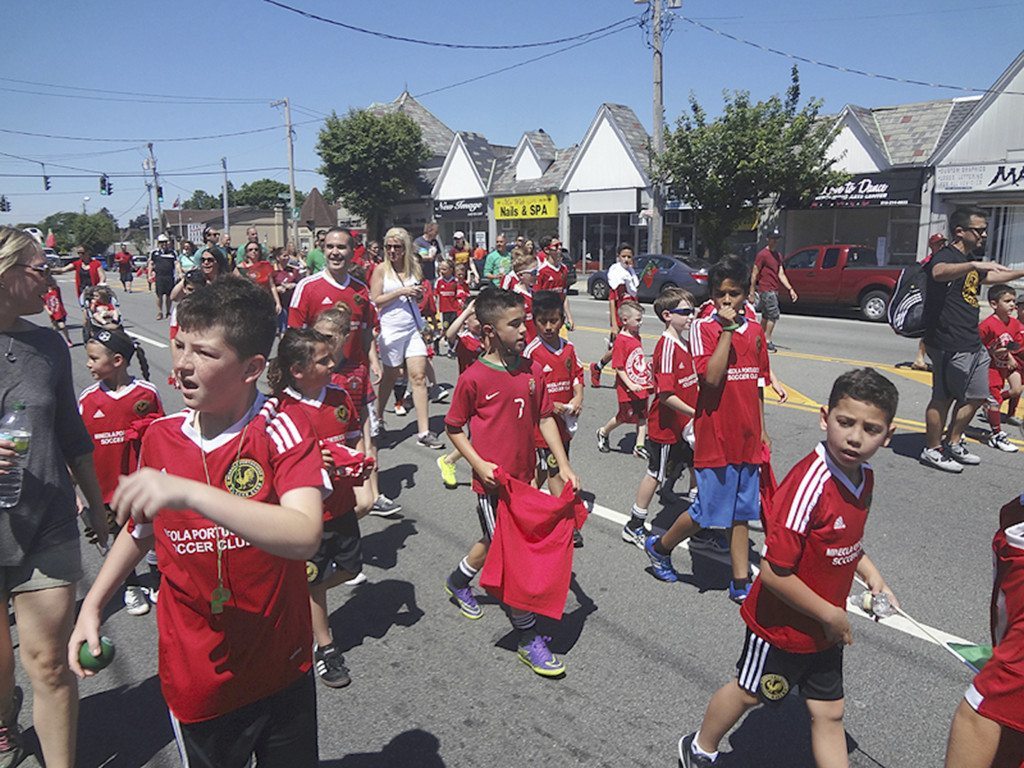 Elena Marquez was on the sidelines of the parade with her two children, waving a Portuguese flag with obvious pride.

“I’ve come here to this very spot each year they’ve held the parade, and it’s always a wonderful feeling,” she said. “It’s a great event that brings together the Portuguese people and their supporters…everyone is welcome here and it’s great.” 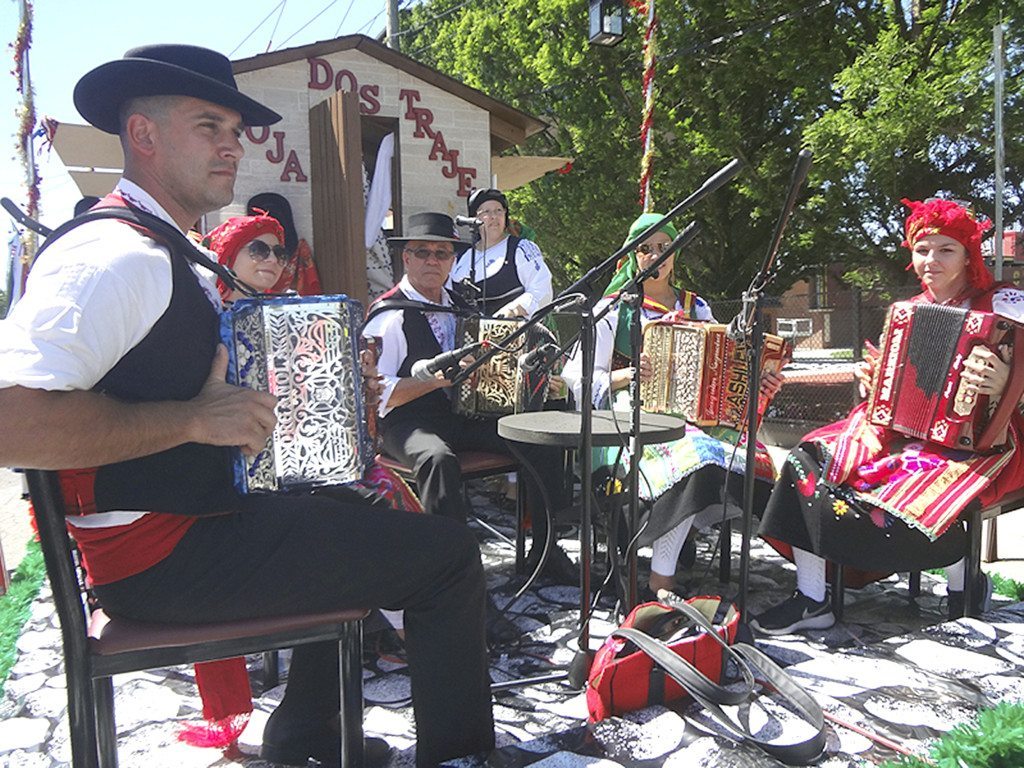 At the center of the parade is Portuguese Day itself, a holiday created to ensure that no matter where in the world you may call home, your Portuguese roots are never forgotten or left to wither away, Marques said.

“Our culture is based on immigration, and the Portuguese government wanted to recognize that,” he said. “We wanted to maintain a network between all of the Portuguese who are outside of Portugal and those who are still there. So, we created Portugal Day, which is literally just a day to celebrate being Portuguese all over the world.”