Mineola will see a new Indian restaurant open at 267 Mineola Blvd. after a Jericho restaurateur obtained Mineola Village Board approval last month. Jassi’s of Mineola will succeed Shakers Sports Bar, which shuttered in 2014.

The Jassi empire currently has restaurants in New Hyde Park and Queens. Arvind Gupta will run the Mineola restaurant, along with Balwinderjit Bains and Jasbir Singh.

The location has been home for numerous late-night establishments serving food and drinks since 1963, officials said.

Gupta said he first noticed the spot during his wife Anshu’s stay at Winthrop-University Hospital for the birth of their son.

“It will be a family restaurant,” Gupta said. “There will be some vegetarian and non-vegetarian dishes.”

Gupta pointed to the lack of an Indian eatery in the area and residential development in downtown Mineola as factors in his decision. Furthermore, he’s noticed Mineola residents sample the cuisine at his other restaurants.

“I spent two months here during the birth of our son and I got to know the area very well,” Gupta said. “There’s a need for an Indian restaurant in Mineola.”

Gupta will redo the front of the building, expanding the windows to showcase the restaurant. The nightclub darkened the front windows when it operated.

“It’s a standalone building and it’s right near the hub of Mineola,” Gupta said.

Jassi’s will open a full bar but not host loud music or a cigar night, a staple of the defunct Shakers.

“We’re going to do some cosmetic work on the front facade,” project architect Edward Hicks said. “It was previously a nightclub. [Gupta] wants to maintain it as a restaurant and redo the exterior finishes, put in a skylight and operate it as an Indian restaurant. Make it more appealing.”

The village board was concerned about parking issues and regulations near the restaurant.

Gupta said the nearby building to the south agreed to let Jassi’s use its parking lot in the evening, and he would work for a similar agreement with Mineola’s Bank of America branch on the east side of Mineola Boulevard. 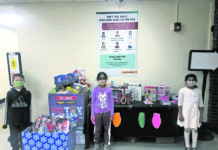