A Plainview woman is helping Farmingdale go to the dogs this—for a good cause.

For the second year in a row, Jodi Ekberg brings her family of Siberian huskies and all of their canine friends to the Farmingdale Village Green for the second annual “Light The Night: A Dog Walk To Remember,” benefiting the Leukemia & Lymphoma Society (LLS).

Last year’s event saw 80 dogs put paw to pavement and participate in raising $3,500 for cancer research. This year, Ekberg believes more than 100 dogs will be in attendance and hopes LLS will lap up thousands of dollars more in research funds.

“The more money we raise, the more people can be helped by that life-saving research,” said Ekberg, a cancer survivor herself. “That is why we opened it up to all dogs. Originally last year, we were just going to have a walk with huskies, but this is not about the breed it’s about the people who need help.”

Ekberg is walking with Team Lou, in memory of Lou Tufano, who died in 2012 of an extremely rare and fatal form of Leukemia. It was Tufano’s daughter, Nicole, that helped Ekberg conceive the walk’s first incarnation in 2014 and follow through with the assistance of friends and family, of the two- and four-legged variety.

The decision to involve dogs in the walk to raise research funds made sense for Ekberg. When she was sick and near death from cancer, her husband, Bruce, brought home a Siberian husky puppy named Cain. The dog helped Ekberg regain the will to live and soon after, the family added three more huskies; Frankie, Tsar and Thor.

The Husky Brothers, as they’ve come to be known, have garnered quite the Internet following on Facebook and Instagram, and have even been the subject of a children’s book. One of those huskies, Frankie, a red and white gentle soul, found his niche working to comfort cancer patients as a therapy dog at Oceanside Hospital. But in a tragic twist of fate, Frankie himself was diagnosed with late-stage Lymphoma in July and given one to six weeks to live.

But after getting a second opinion, Ekberg found treatments that could save Frankie’s life and give him a fighting chance at 90 percent remission. For Ekberg, Frankie’s journey is adding another layer to this year’s fundraising walk.

“Everybody is pushing harder this year. People see that this disease not only affects humans, but canines as well,” she said. “The idea behind this effort is to eradicate this disease. We are on a mission now more than ever.”

The dog walk starts at Farmingdale’s Village Green, walks down the sidewalks of Main Street to the Northside School where there will be water for humans and dogs, then back to the Village Green. The event will also feature raffles for gift certificates, as well as food from local vendors. There is no fee to walk, but the organizers encourage family and friends to sponsor the walkers.

“Even if it’s just a few bucks, every little bit counts,” she said. “One hundred percent of the funds go to the Leukemia & Lymphoma Society. And we chose that organization because donations to them only goes toward research.”

The walk happens to coincide with the Farmingdale Music Festival, so there figures to be a large gathering ready to lend their support. 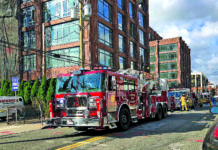 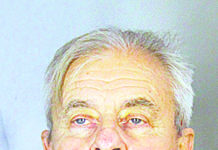