Mineola School District officials argue the 1,400-plus apartments proposed for the area according to a Mineola Village Board-commissioned study will lead to more than 600 incoming school-aged children (SAC), little wiggle room in budget preparation and possible program cuts in the coming years. Apartment development in the village, most recently the much-debated 266-unit Village Green proposal by Lalezarian Developers for 199 Second St., brought contentious banter among residents and officials. This led to myriad exchanges of letters between the village and school boards and countless arguments at public hearings.

“Unfortunately, the relationship between the two boards has prevented us from being able to clearly state what needs to be said,” School Board Vice President Christine Napolitano said. “I think the overall question I would ask is ‘Why would we be bringing this to light unless there was a problem?’”

The village board hired New Jersey-based Phillips Preiss Grygiel LLC in January to analyze Mineola’s ability to handle multifamily development. The Grygiel study projects the school district could incur 25-299 school-aged children as a result of the possible apartment boom, resulting in a 23 per grade student increase.

It relies heavily on a 2006 report out of Rutgers University that details residential estimates of new housing. At issue for School Board President Artie Barnett is that the study factored in owned apartment dwellings, while all of the proposed plans are rentals only.

“For whatever study you look at, I’m not letting them off the hook for using data on owned apartments when we’re talking about rentals,” Barnett said. “That’s manipulating the numbers.”

School officials feel the Rutgers study is skewed, with the document surfacing just before the subprime mortgage crisis that crippled much of the country.

“How much the Rutgers study is credible at this point, I don’t know,” Barnett said. “Throughout [our investigation] we have used [the village’s] own documents. We have not tried to find anything that says otherwise.”

According to the Rutgers study, one-and two-bedroom units would generate 0.30 and 0.51 SAC respectively. Schools reps say the average 0.40 SAC between the room sizes multiplied by 1,424 proposed apartments comes to 570 SAC.

“There’s two reports that say the [Grygiel] numbers are accurate,” Mayor Scott Strauss said. “[Grygiel] takes their information on best practices, the best practices and past history. Whatever they use, they use. We reached out to an independent firm to verify the applicant’s firm.”

There are 10, three-bedroom apartments planned for the rising 315-unit 250 Old Country Rd. building, adding an additional 15 students, with 234 SAC in grades kindergarten to second grade (78 per grade), totaling 663 students, according to school officials.

“If the school district has an issue with the studies, send us their own report; a credible report,” Strauss said. “Not stuff on a napkin.”

Mineola would need to add 14 new classrooms in the Hampton Street School to accommodate the possible 312-student influx. Officials worry that since Jericho Turnpike serves as the dividing line in the district, most K-2 students that could live in these apartments south of Jericho would go to Hampton.

“Hampton Street is our concern,” District Superintendent Michael Nagler said. “To be clear, we are not dumb. We understand that we have to plan for this contingency that we may get more students. We’re trying to plan within the tax cap and budget we have.”

Tax breaks for developers, namely payments in lieu of taxes (PILOTs) handed down by the Nassau County Industrial Development Agencey (IDA), strap school districts during budget season since PILOT revenue cannot count towards the tax base growth factor. This hinders school districts from raising the tax levy. In a letter to the school board in October, Strauss said IDA PILOTs from three developing projects in Mineola would pad the school district’s pocket with $25.1 million over 20 years.

“It is revenue because they are getting money,” Strauss said of PILOTs. “The school board wants [the PILOTs] to go into the levy so they can raise taxes more on top of the PILOT. That’s double-dipping. They want to raise your taxes more than what they can now.”

The two percent tax cap, enacted in 2011, is up for renewal next year. School officials say they implored local officials to petition New York State to amend the law, allowing districts to include PILOTs in its tax levy calculation.

“While that doesn’t seem like a big change, it is significant,” the letter read.

The school district would lose $403,000 in its growth factor in the first year a development like the Village Green is not included in the growth factor, the letter said.

“I’m not looking to increase the fight,” Strauss said. “Go to the IDA hearings. Fight for everything you can as you should. They want us to disapprove the project. We can’t based on the possibility that it goes to the IDA.”

“This doesn’t end in 20 years,” Barnett said. “This loss is perpetual.”

Mineola does not relish if the study is wrong and a 60 percent supermajority vote is needed to pass a budget because of the PILOTS omission from budget calculations.

“If we get a ‘no’ vote, then everything we built starts to crumble,” Nagler said. “If it’s [a] ‘no’ vote, I have to cut something. We just broke our butts for eight years and then through no fault of our own, we’re now going to have to face cutting something.

“If [the village] is right, then there’s really no net effect on the school district either way other than the fact that we don’t have to growth factor,” Nagler continued. “If they are not, where is that money coming from?” 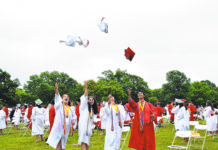 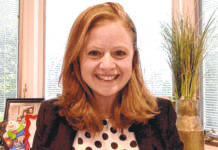